The Work Truck Show will be held in Indianapolis this March 15-17. What updates will we have for you this year? Visit us in booth #3755 to find out!
Posted by Paradise Fleet & Commercial at 8:30 AM No comments:

Wall Slide by CargoGlide - It Changes How You Store and Retrieve Parts, Tools, and Equipment from Your Work Van

See this amazing product in action, designed to save you wasted time and money.

Check out how DiamondBack Truck Covers provide your bed with theft protection that's second to none. Peace of mind knowing your gear is safe is a great feeling.

Posted by Paradise Fleet & Commercial at 6:33 AM No comments:


The BakFlip MX4 is the latest and greatest in hard folding tonneau technology. It features a new smooth matte black finish. This bed cover is even simpler than it's predecessor.
Posted by Paradise Fleet & Commercial at 8:30 AM No comments: 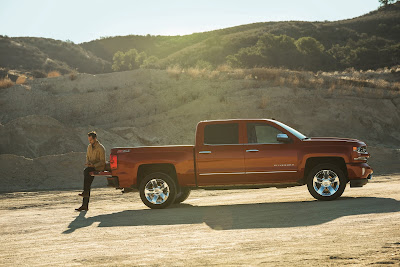 DETROIT — After using more than 4 million gigabytes of data in 2016, Chevrolet owners in the U.S. with an in-vehicle OnStar 4G LTE Wi-Fi hotspot  will now have access to an unlimited prepaid data plan for only $20 per month . It will be available starting March 3, and Chevrolet will offer this groundbreaking plan enabled by AT&T across its entire retail lineup.

Chevrolet data usage has increased exponentially as owners have come to appreciate the ability to stream video on a tablet, send email on a laptop or play online using a gaming console in their vehicles , and now customers can utilize the full potential of their OnStar 4G LTE Wi-Fi hotspot without worrying about running out of data.

“We have contractors bidding jobs in their Silverados, families streaming movies in their Suburbans and Malibus and everyone tapping into the cloud for music,” said Alan Batey, president of GM North America and global head of Chevrolet. “With the most affordable unlimited 4G LTE data plan in the auto industry, the widest availability of Apple CarPlay and Android Auto and new connected services like OnStar AtYourService, our momentum can only grow.”

Last year alone, Chevrolet customers used nearly 200 percent more OnStar 4G LTE data in their vehicles compared to 2015. In the second half of 2016, Chevy owners used almost as much data as they had the previous 24 months since OnStar 4G LTE launched.

To put this data usage in perspective, Chevrolet owners and their passengers streamed the equivalent of more than 17.5 million hours of video in 2016.

As the first automaker to offer 4G LTE connectivity across its entire retail portfolio, Chevrolet has sold more than 3.1 million OnStar 4G LTE-connected vehicles since June 2014 and has more vehicles on the road equipped with 4G LTE than any other automaker.

Today, along with the 4G LTE connection enabled by AT&T, the OnStar Basic Plan comes standard on all new Chevrolet retail models. The Basic Plan includes select remote vehicle services and the OnStar AtYourService marketplace via the myChevrolet mobile app  among other features.
For more information on plans and pricing, please visit OnStar.com. 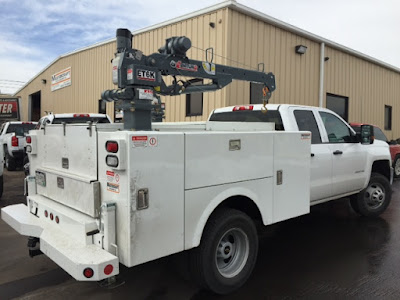 The ET6K is recommended for general service applications on any truck with a GVWR of 8,000 LBS or more.

- See more at: http://venturo.com/product/et6k/
Posted by Paradise Fleet & Commercial at 8:30 AM No comments: