On November 11, 1919, U.S. President Woodrow Wilson issued a message to his countrymen on the first Armistice Day (changed to Veterans Day in 1954), in which he expressed what he felt the day meant to Americans:

A year ago today our enemies laid down their arms in accordance with an armistice which rendered them impotent to renew hostilities, and gave to the world an assured opportunity to reconstruct its shattered order and to work out in peace a new and more just set of international relations. The soldiers and people of the European Allies had fought and endured for more than four years to uphold the barrier of civilization against the aggressions of armed force. We ourselves had been in the conflict for something more than a year and a half.

With splendid forgetfulness of mere personal concerns, we remodeled our industries, concentrated our financial resources, increased our agricultural output, and assembled a great army, so that at the last our power was a decisive factor in the victory. We were able to bring the vast resources, material and moral, of a great and free people to the assistance of our associates in Europe who had suffered and sacrificed without limit in the cause for which we fought.

Out of this victory there arose new possibilities of political freedom and economic concert. The war showed us the strength of great nations acting together for high purposes, and the victory of arms foretells the enduring conquests which can be made in peace when nations act justly and in furtherance of the common interests of men.

To us, in America, the reflections of Armistice Day will be filled with solemn pride in the heroism of those who died in the country's service, and with gratitude for the victory, both because of the thing from which it has freed us and because of the opportunity it has given America to show her sympathy with peace and justice in the councils of nations.

Posted by Paradise Fleet & Commercial at 8:24 AM No comments: 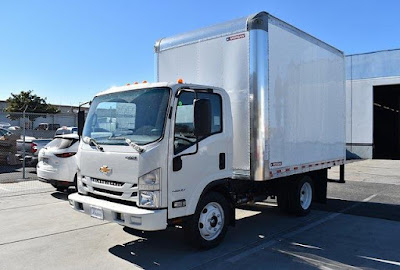 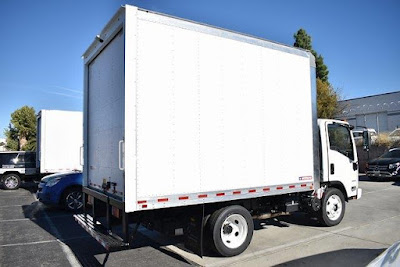 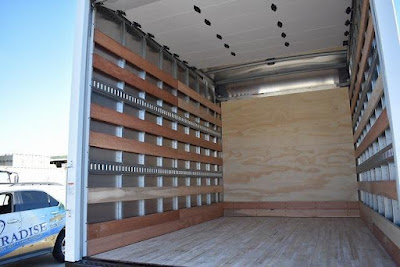 This 6.6 Gas V8 LCF 4500 with a Morgan 12' Dry Freight Van Body with 97" inside height has come back in stock but it won't last. These sell like hotcakes. Perfect delivery unit with the turning radius shorter than a regular cab pickup truck and yet has a 14,500 lb. Gross Vehicle Weight Rating capacity!
Subject to prior sale! Call now at 951-364-2499
See more about this truck here.
See all of our ready to go to work right now truck inventory at ParadiseFleet.com
Posted by Paradise Fleet & Commercial at 5:00 AM No comments:

Independent suspension?
Air-cooled?
Engine in the back?
What were they thinking?
We thought you might enjoy showing a unique work truck from 1961!
To see the more current work trucks, see ParadiseFleet.com
Posted by Paradise Fleet & Commercial at 12:30 PM No comments:

The Global Fleet Voices video series is produced by Automotive Fleet and offers an updated look at the multifaceted, multinational fleet market as presented by Automotive Fleet Editor Mike Antich. In this episode, Mike speaks with Automotive Fleet European Fleet Editor, Ralph Morton, about the recent merger between Mitsubishi and Hitachi. 🌎 Today's topics include: - Global fleet impacts from the Mitsubishi and Hitachi merger. - The Green Agenda of Hitachi and Gridserve - How the UK plans to go green by 2035. - The growing market share of EVs in the UK.
Posted by Paradise Fleet & Commercial at 8:01 AM No comments: 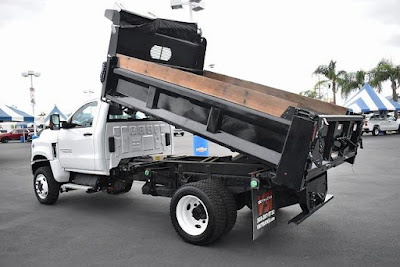 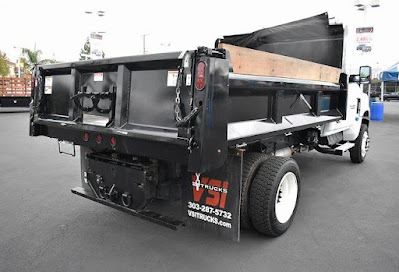 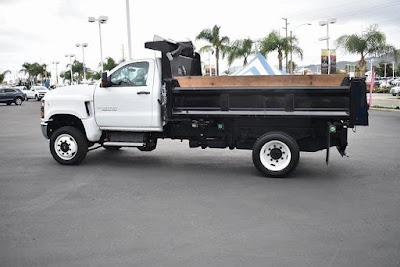 Check out this Chevrolet Silverado Medium-Duty 5500 4x4 chassis with the 6.6 Duramax diesel and Allison HD automatic showing off this 11' 3-4 yard Steel Dump with Fold-Down sides, Tarp Cover, Small Access Gate Door, HD Hitch, and more. Did we mention this is a 4-wheel drive unit? With 19,500 lbs. gross vehicle capacity, this truck can get the job done even in the toughest terrain. A rare find at Paradise Fleet!
See more about this truck here.
See all of our ready to go to work right now truck inventory at ParadiseFleet.com
Posted by Paradise Fleet & Commercial at 6:11 AM No comments:

It’s time to find your next Chevy Truck.
ParadiseFleet.com
Posted by Paradise Fleet & Commercial at 8:51 AM No comments: