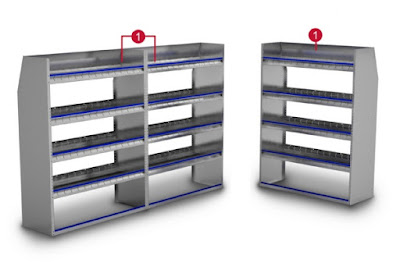 This lightweight interior has aluminum shelving, toolbox cradles, full-length drawers, and a full line of customizable accessories. The aluminum is 30% lighter than steel with the ability to support a comparable capacity. Our aluminum shelf modules are made in the U.S.A.

When it comes to choosing high quality, professional grade commercial vehicle equipment, Masterack is an industry leader with over 40 years of experience in product design, manufacturing, and installation. Our large selection of steel and composite van interiors, pickup equipment, ladder racks, and accessories are available as pre-designed trade packages or can easily be mix-and-matched to customize your vehicle.


With the all-new Silverado, you can switch to four wheel drive on the fly. We put it to the test, so you'll be confident in all driving conditions.

To learn more about the all-new Silverado, visit: http://www.chevrolet.com/2014-silvera...
Posted by Paradise Fleet & Commercial at 8:30 AM No comments:

Chevy pickup history began in 1918 when the first trucks went on sale. They were a far cry from the Chevrolet trucks of today, but they made a huge impact on the world. Man would now use motor power instead of animals for work and travel. A proud farmer or rancher standing beside his Chevy truck becomes a common sight.
William Durant and Louis Chevrolet
The Chevy truck grew out of one man's idea to build a truck that the average citizen could afford to purchase. William Durant teamed up with Louis Chevrolet to accomplish this task. They became a forceful pair. Chevrolet was driven by his love for racecars and Durant had an issue with General Motors. He had been forced out as head of General Motors, which he had founded. His Chevrolet earnings would get him back in.
Chevy Pickup History
The first trucks were crude compared to the streamlined versions of today. Their basic feature was a chassis cowl with a 4-cylinder motor and transmission. It was the buyer's responsibility to provide the cab. These were usually purchased from outside companies, but often the buyers would build the cab themselves. It would be several years later before the trucks were offered with, or without, a cab.
Chevy trucks revved up for a ride to the top of the market. No trucks were manufactured in the company's early years. Eventually Chevy engineers began to design the vehicles for everyday family use to meet ever-changing roles. From Saturday night dates, to family vacations with a camper on the back, the trucks became a family icon.
1980s Bring Economic Problems
Chevy trucks had climbed upward at a steady pace from the beginning, edging out competitors. William Durant had certainly supplied the consumer with a dependable and affordable means of transportation. Then the energy crisis of the nineteen eighties hit the country. Chevrolet sales took a sharp decline. Chevrolet was faced with the challenge of making the truck more fuel-efficient. The engineers went to work and came up with a lighter version of their truck that once again drove their sales to the top.
Chevy pickup history has seen many changes from the first ones built in 1918. Today you can recline in leather seats, while enjoying air conditioning and music from your radio or DVD player. Do not be fooled by the frills. There has been a constant upgrade under the hood. Improved V8 truck engines, improved aerodynamics, along with features to keep up with the ever-important safety and environmental issues, has kept the Chevy truck at the top.
Once again, an energy crisis looms over the country. Look for Chevrolet to lead the way, as the car manufacturers endeavor to address the problem.
Old and Still Running
The fan clubs of Chevy trucks tells a story. This vehicle has earned the unwavering loyalty of its owners. When you see these thirty and even forty year old models in the car shows and on the roads, it is a tribute to their durability.


Article Source: http://EzineArticles.com/1648023
Posted by Paradise Fleet & Commercial at 8:30 AM No comments:


Since 1848, we have been a family-owned company led by six generations of the Knapheide family. We are proud to say that some of our best customers are multi-generational as well, like J.F. Electric in Edwardsville, Ill. Check out their story!

Telogis Fleet for GM is a web-based fleet management solution that can be used for fleets of all sizes running a variety of makes and models. OnStar-equipped GM vehicles have the added benefit of zero hardware costs and proprietary data insights. Log in to view real-time and historical activity, including location, vehicle health and driver performance. Keep your fleet productive, safe and fully utilized. See more about Telogis for GM vehicles at www.Telogis.com/GM

Please also contact the Paradise Chevrolet Commercial Truck and Fleet Department for more information on how this system can benefit your fleet at 951-252-2980.
Posted by Paradise Fleet & Commercial at 10:38 AM No comments:

Thanks for stopping by. We're just getting started on this blog and intend to share a lot of valuable information about commercial trucks, truck bodies, accessories to lower work-related injuries and save time and money, and much more. See you soon!
Posted by Paradise Fleet & Commercial at 10:29 AM No comments: 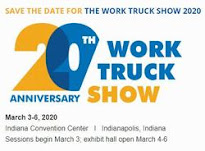 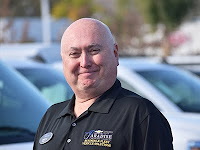 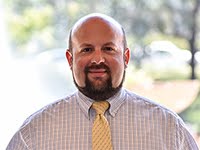 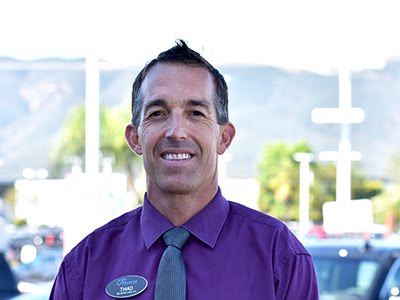 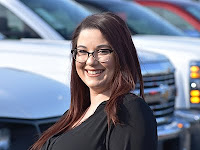 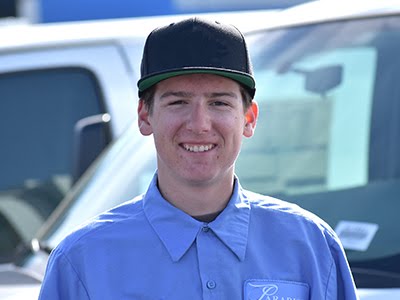 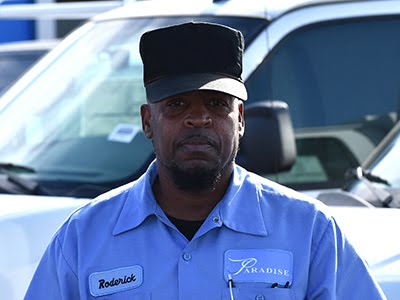 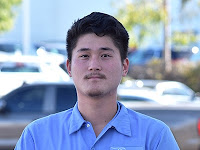